Translating your documents and your website into German is an essential step if you are looking to expand your business within the German-speaking markets. 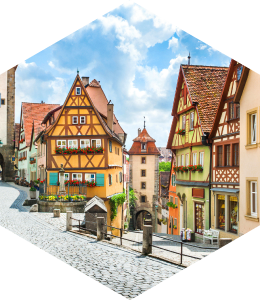 Any business planning to go global must conquer the German market. The nation holds Europe’s biggest economy by a long shot—it is over one billion US dollars ahead of the United Kingdom, which comes in second place. Germany is renowned for its manufacturing sector and is the world’s third largest goods exporters, while also boasting one of the most highly-skilled workforces on the planet.

Unsurprisingly, Germany’s geographical and economic position makes it a pivotal country for global businesses, and companies frequently choose it as a European base. Furthermore, the number of non-German companies in the country mean German translation is vital in the business world.